A species of small deer-like animal feared to have gone extinct has been spotted in Vietnam for the first time in almost 30 years.

The rediscovery of the silver-backed chevrotain (Tragulus versicolor) – or Vietnam mouse-deer – near the city of Nha Trang is reassuring, given previous suspicions that it might have died out as a result of poaching and habitat loss.

Mouse-deer aren’t actually deer (or mice, as it happens) but ungulates, a group that includes deer along with other herbivorous, hoofed animals. Out of the 10 types of mouse-deer that exist today, the silver-backed species is by far the most elusive. 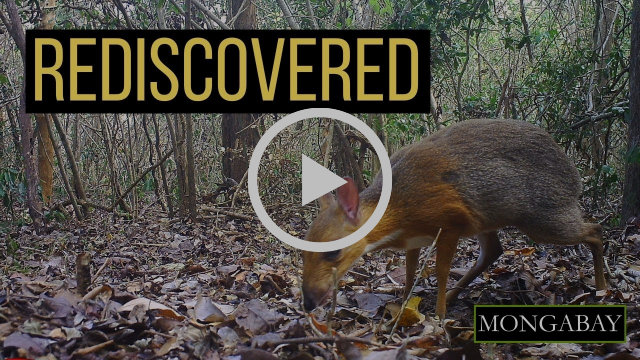 This rediscovery is exciting news and this part of South east Asia has also yielded several species of muntjac new to science since the 1990s. Much is vast, unexplored forest and who knows what else is still there waiting to be discovered?